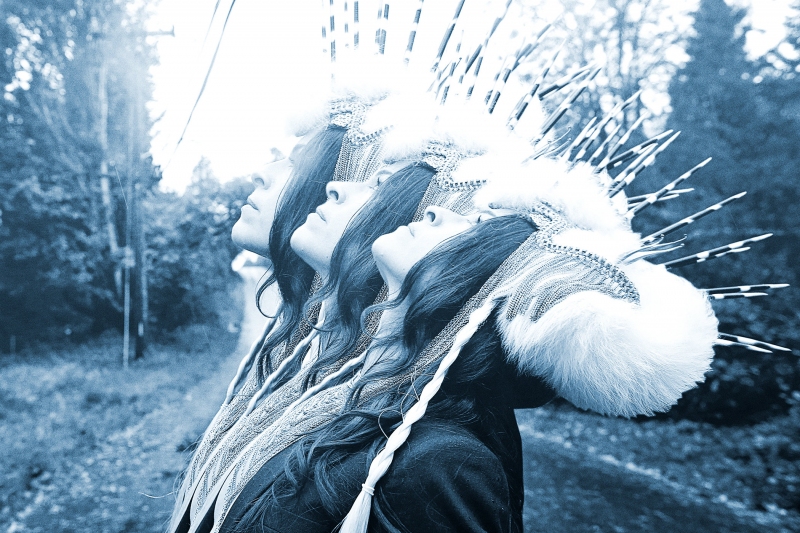 Return of one of the most inventive women in Rock. Jesca Hoop brought the house down with her Outsider Folk | Indie Rock when she debuted here in 2010 and we’ve been trying to get her back ever since. Tonight's show - an intimate affair for the lover of song - will debut a cast of new songs from her forthcoming album as well as old Hoop classics and songs from her recent collaboration with Iron and Wine's Sam Beam, Love Letter For Fire, which she has been touring throughout 2016.

Singer-songwriter Hoop is an all but unclassifiable talent, a sensual, esoteric artist whose idiosyncratic, sparse songs nod to influences like Paul Simon, Joni Mitchell, and Vashti Bunyan. Hoop grew up in a musically inclined Mormon family, but left the fold soon after her parents separated, travelling around California, Wyoming, and Arizona, writing songs and honing her craft before being recruited by Tom Waits to work as his children's nanny for five years in the early 2000s. Waits took a liking to Hoop's offbeat indie pop songs, which in their way linked her with other alternative folksters like Devendra Banhart, Joanna Newsom, and Faun Fables. He subsequently passed her demo (a version of the song "Seed of Wonder") to an influential US DJ and record companies duly started paying court. Hoop initially signed with an offshoot of Columbia Records, releasing Kismet in 2007. Then she struck a deal with Vanguard Records, releasing her sophomore full-length Hunting My Dress in the summer of 2010. Hoop's third album House That Jack Built was released in the summer of 2012, while Undress - which featured critically-accalimed collaborations with Guy Garvey, Sam Beam, Willy Mason, Erika Wennerstrom and Aoife O'Donovan - followed in 2014. In 2016 Hoop collaborated with Sam Beam (aka Iron and Wine) on the album Love Letter for Fire.

Jesca will debut a cast of new songs from her forth coming album in solo fashion. The evening will be laced with old Hoop tunes as well as songs from her recent collaboration with Iron and Wine's Sam Beam Love Letter For Fire which she has been touring throughout 2016. This will be an intimate affair for the lover of song.

"Genuinely gorgeous... the likes of Jesca Hoop come along all too rarely" Music Week