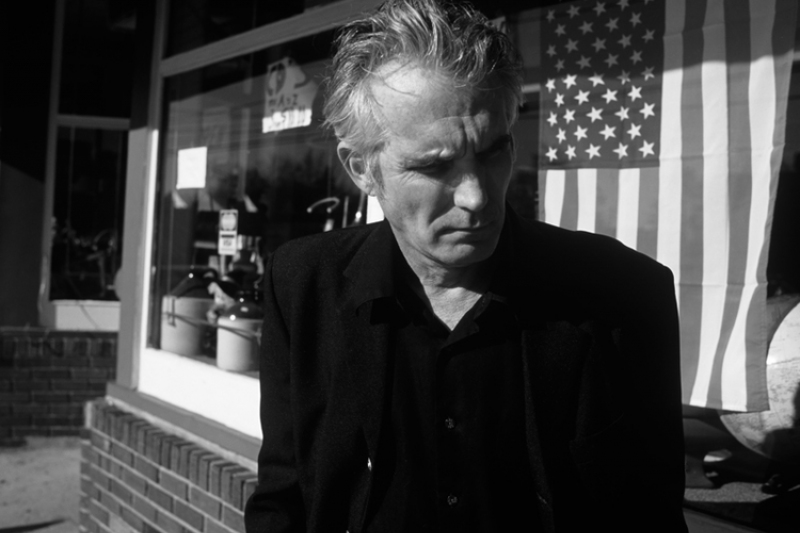 US guitar slinger Johnny Dowd took The Band Room by storm when he debuted here in 2013 and we’re thrilled to have him back on this new European tour coinciding with the release of his forthcoming album Execute American Folklore. Ever since he made his first record, Wrong Side of Memphis, in 1997 Dowd has been the alternative to the alternative, walking a twisted path through nearly every genre of American music. Each one of his dozen albums has been an equal mix of Hank Williams and Captain Beefheart. Along the way, he has collaborated with artists as diverse as Jim White and The Mekons, featured on film with The Handsome Family and toured with Neko Case. Support act Park Doing plays ambient electronic experimental folk music based in American folklore, incorporating looped live guitar, atmospheric sounds, beats, morse code, musical samples, and looped live vocals.

“Operating at the Captain Beefheart and Swamp ends of Alt-country, Texas-born maverick Johnny Dowd and his incendiary band are part of the Gothic Americana triumvirate that also includes The Handsome Family and Jim White. His predilection for absurd black humour and spiky machine-gun electric guitar have also drawn comparisons with Nick Cave and Tom Waits.”

Johnny Dowd’s latest album That's Your Wife on the Back of My Horse has received rave reviews:

“Dowd has dusted off the same drum machine that was the bedrock of 1997 debut Wrong Side of Memphis, concocting tart rhythms and overlaying them with distorted bursts of guitar and busy electronica. These are songs about women, rejection and familial dysfunction, often funny and invariably dark. As such it twists from blues and soul to punk and experimental rock, though Dowd's terrific voice (like a Texan panhandle Mark E. Smith) roots everything in country soul. Suffice to say, this is vintage Dowd.” — Rob Hughes, Uncut, April 2015 Americana Album of the Month

“Johnny Dowd’s latest offering That’s Your Wife on the Back of My Horse is another tongue-in-cheek masterpiece by the veteran hell-raiser with a dystopian style and edge, that some twenty-year-olds would give their right-sleeved tattooed arm for. It will be a travesty if Dowd’s music does not become the sound track of the next Twin Peaks.” — Alan J. Taylor, No Depression

“For his latest rummage in the dark corners of Americana, Ithaca-based demon Dowd has reverted to the creepy lo-fi settings of his 1998 Wrong Side of Memphis debut. It’s a compelling approach—the drum machine, growling and burbling synths and splintered guitars provide a stark and confrontational setting for devious monologues (‘The Devil Don’t Bother Me’) and disturbing vignettes (‘Poor, but Proud’).” — Daily Mirror (London), 4 stars

“Johnny Dowd’s latest is self-released and solo, bar the female backing vocals. There’s distorted guitar riffs, drum machines, weird keyboards and the dark humour and twisted wisdom he’s known for. ‘White Dolemite’ is disco, on ‘Words Are Birds’ he’s a serial killer in a Captain Beefheart mask, and the title track (great title) is beat poetry over electronic metal. Best of all: the ‘wrong side’ blues of The ‘Devil Don’t Bother Me.’” — MOJO, 4 stars