Noveller aka Sarah Lipstate (US) 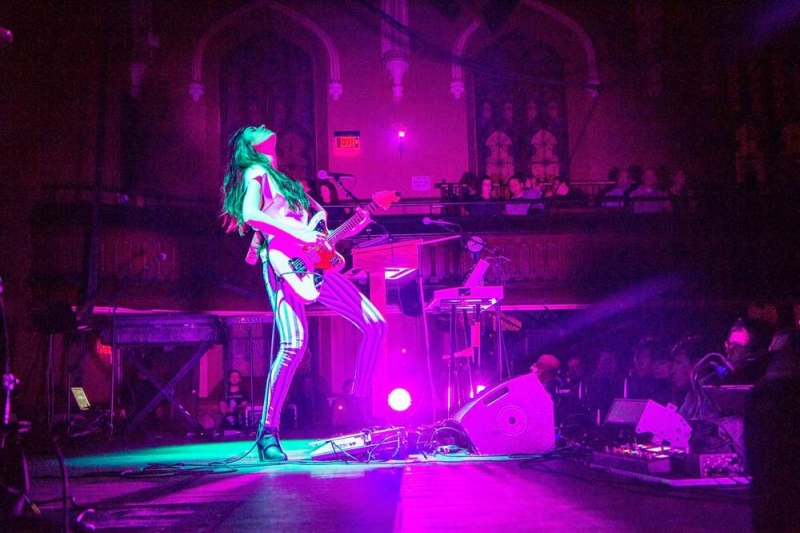 Noveller is the solo electric guitar project of Brooklyn/Austin-based composer and filmmaker Sarah Lipstate. Handling the guitar as her muse, Lipstate summons a sonic palette so rich as to challenge the listener to conceive of how it's housed in a single instrument manipulated by a solitary performer. Her one-woman guitar soundscapes have captured the attention of NPR, The Village Voice, Time Out New York, and The Wall Street Journal.

She released her first two full-length albums on Brooklyn noise label No Fun Productions in 2009. In 2010, Lipstate started her own imprint, Saffron Recordings, as a vehicle for releasing the Noveller full-length 'Desert Fires' and a split LP between Noveller and unFact (David Wm. Sims of the Jesus Lizard) titled 'Bleached Valentine'. In May 2011, she released the critically acclaimed 'Glacial Glow' jointly through Saffron Recordings and Weird Forest. She teamed up with Important Records and Taiga Records in 2013 to release the highly anticipated followup album 'No Dreams'. In July 2014, Shelter Press released a vinyl pressing of a collaborative effort between Noveller and thisquietarmy. Lipstate's newest full-length, 'Fantastic Planet', arrives on January 27th, 2015, on Fire Records.

French for Rabbits are infused with a cold, brooding gaze evident through carefully decaying beats and glacial guitars.

Their debut LP  ‘Spirits’ was released last year on Lefse Records (home to A Sunny Day in Glasgow among others). In New Zealand, Spirits was released on indie label Home Alone Music. The release coincided with an extensive tour in October – November 2014, where F4R opened for Danish chanteuse Agnes Obel in some of the most beautiful concert halls in Europe.