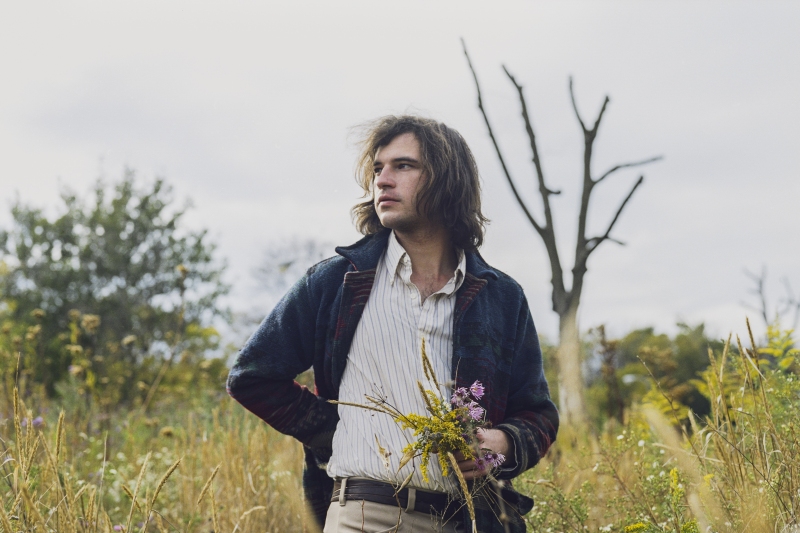 We've seen the future of Folk...and Jazz. And its name is Ryley Walker. On the eve of the 108th Farndale Agricultural Show, the Home Leg of our 20th Anniversary concert series features the transcendental pastoral sounds of new American guitar virtuoso Walker, who'll be playing selections from his brilliant new album Primrose Green. Inspired and/or influenced by JOHN MARTYN, TIM BUCKLEY, JOHN RENBOURN, BERT JANSCH and NICK DRAKE, Walker (from Chicago IL) takes the listener on a bucolic Kerouacian road trip - oh yes, exploding like spiders across the stars - with the help of a very cool jazzy band in which JERRY GARCIA gets to play with DJANGO REINHARDT...and HERBIE HANCOCK joins THE DOORS. Walker knows his stuff. Even referencing WIZZ JONES, he sings the way JOHN COLTRANE plays sax and has masterminded a gloriously psychedelic interplay of Folk and Jazz styles recalling PENTANGLE's classic Basket of Light. Stick around for Farndale Show too on August 31 if you can. It's a great day out. We're particularly fond of the terrier racing, the orange Texel sheep and Debbie Hornby's gorgeous Pygmy goats!