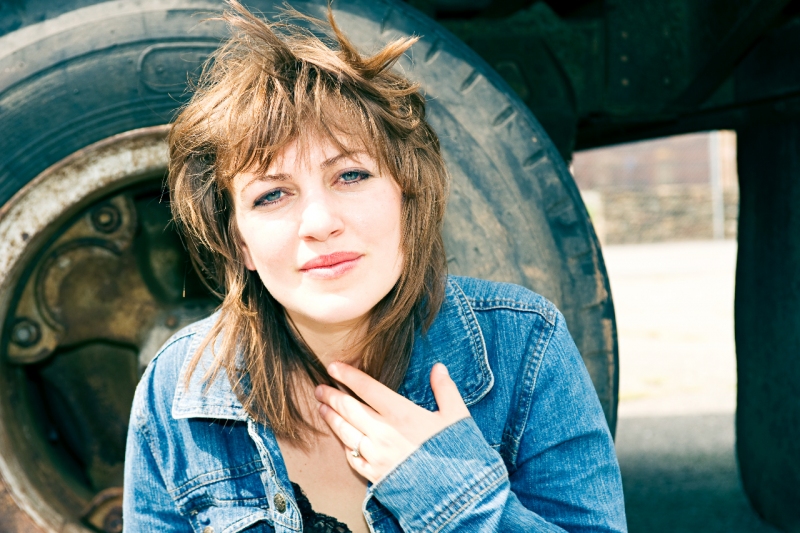 What the critics said about Hadestown...

The Sunday Times: "If pop is about pushing your own prowess (and, by extension, your ego) to the fore, somebody forgot to tell Anais Mitchell. On the Vermont musician's latest album - a multi-layered, sensationally good and endlessly absorbing "folk opera" that reworks the story of Orpheus and Eurydice as an allegorical saga set in depression-era America, where hell is an alluring but ultimately entrapping post-apocalyptic gated community - she slots herself in alongside Ani DiFranco, Bon Iver's Justin Vernon, the singing Haden triplets and the Iowa folk veteran Greg Brown, among others. The result is a chamber ensemble of vocal and instrumental textures, an approach that proves crucial to the album's success: each character is convincingly discrete and occupied, and Mitchell and Michael Chorney's arrangements thrum with a similarly inventive and distinctive stamp. Speakeasy jazz and a Joanna Newsom-like experimentalism are evoked as often as campfire sing - and strum-alongs, with DiFranco's renegade bar landlady Persephone seeking to counter the seductive but despotic gravel-voiced blandishments of Hades (Brown). The central triptych of Flowers (with Mitchell's beautifully sung Eurydice pining "Dreams are sweet until they aren't"), the Hadens' creepily insistent "You’re bound/You’re bound to lose" on Nothing Changes and Vernon's bereft-of-hope Orpheus on the funereal If It's True sum up the power, passion and boldness of an extraordinary album. A must-buy."

The Guardian: "For her fourth album, folk singer Anais Mitchell has made a bold leap: a retelling of the myth of Orpheus and Eurydice, reset to the Great Depression, and soundtracked by American roots music, incorporating country, blues and jazz in the manner of Bruce Springsteen's Seeger Sessions project. Mitchell plays Eurydice, with Justin "Bon Iver" Vernon playing Orpheus, Ben Knox Miller of the Low Anthem as Hermes, and Greg Brown and Ani DiFranco as Hades and Persephone. But the star of the show is Michael Chorney, who has scored Mitchell's songs to wondrous effect: the New Orleans jazz of Way Down Hadestown, the grumbling lament of Why We Build the Wall, the sweet and tumbling melody of Wedding Song. A project like this runs the risk of dryness, but between them Mitchell and Chorney have created something joyful and witty that yields more with every listen."

NME: "Hadestown is nothing short of incredible."

"A songwriter of startling clarity and depth, equally skilled at turning a melody or lyrical phrase into what you didn't know you needed until you heard it... fearlessly emotive...like DYLAN, COHEN and WELCH, Mitchell weaves her stories into an effortlessly beautiful and cohesive tapestry with the skill of an artisan's carpenter, showing no seams." (Acoustic Guitar)

"Girlishly sprite and brimming with innocence... brings to mind the hippie-throwback charm of Victoria Williams, though... people more commonly note a resemblance to '80s pop star CYNDI LAUPER." (No Depression)

"The earthiness of SHAWN COLVIN, the child-like bite of JOANNA NEWSOM, and the urban jumpiness of ANI DIFRANCO...These elements, as disparate as they might seem, come together as nicely as cinnamon, cloves, and nutmeg.." (Allmusic)

"In Mitchell's universe, there is no light between the personal and the political, the venerable and the radical... she brilliantly intertwines the mundane and the profound, singing with the same intimacy about a carefree night on the town and wandering the warring towns of Israel. Her vivid snapshots of sweetly ordinary moments spin suddenly outward to bemoan the eternal woes of poverty and militarism." (BOSTON GLOBE)

"Anais sings of love among the ruins, coming of age to find yourself an outsider looking for the place you belong, finding other strangers along the way. Details of silverware and napkins, capes and shoes, the unexpected pooling of light, are offered like clues or keys to the reality all of us sense is imminent and eternal beneath the surfaces of things." (Sing Out)