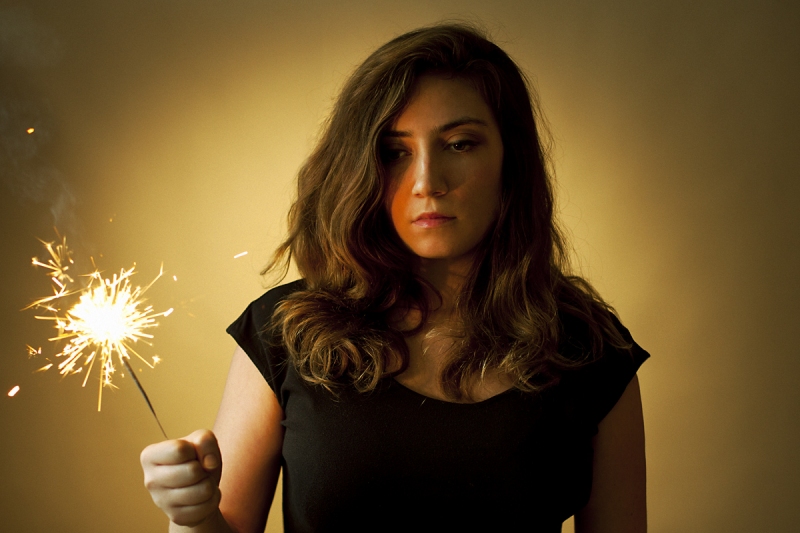 ANNI ROSSI is the missing link between JOANNA NEWSOM, FRANK ZAPPA and PAGANINI - only more intense.

A multi-talented classically-trained viola player hailing from Minnesota via LA and Chicago, Anni Rossi is a wondrous, other-worldly 22-year-old who, like fellow avant-folk artists DEVENDRA BANHART, JOANNA NEWSOM and COCO ROSIE, is starting to make quite a name for herself. She is so original it hurts: whatever you make of her she will be Big one day...you have been warned.

A self-proclaimed 'classical kid gone viola pop wunderkind,' the virtuoso multi-instrumentalist stamps her feet, clicks her tongue and lures her audience into quiet, open-mouthed submission. As our A&R scout Rob recently discovered when she opened for THE TING TINGS in York, Anni is a whirlwind force of nature who has been leaving audiences agog with her unique blend of classical virtuosity, improvised ramshackle percussion and vocal acrobatics. Her frenetic attack on her instrument gives the impression of a full band even though she's the only one on stage...

"She rocks so hard live - it's awesome," said US critic Alex. "I saw her in a little room and she didn't have a mike or anything but everyone fell silent as she walked around the room playing her viola and clicking her heels."

"Rossi is the most remarkable new sound in music I have heard in ages," said critic Megan Foreman. "I saw her in Texas and she is equal parts Joanna Newsom and Coco Rosie. She produces a sound so startling, tapping the stage with her tap shoes, also playing keyboards and viola, her primary instrument of choice. Her voice is sweet yet smart, tempestuous at times. I cannot recommend her highly enough."

"Her songs are about Minnesota tundra and emotional trauma, and she plays the viola like she's battling the minotaur."