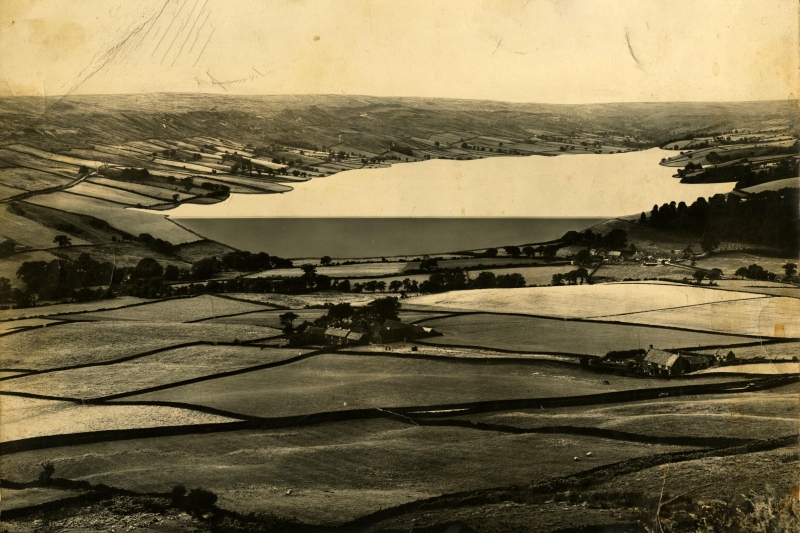 Twice in the twentieth century Farndale – the daffodil  swathed jewel in the crown of the North York Moors National Park – was threatened by the creation of a gigantic reservoir up to 2.5 miles long and one-third of a mile wide, with the longest dam embankment in the country.

The dam wall would have been 140ft high in the 1933 plans with all houses and farms in upper Farndale demolished and their occupants re-located. The nearby hamlet of Church Houses – where Hull Corporation had options to buy further properties -  is likely to have suffered the same fate.

The 1969 plan raised the damn wall by a further 10ft to 150ft - 10 times higher than the buildings of Church Houses. One-third of Farndale’s nature reserve – renowned for the wild daffodils which each spring carpet the River Dove valley floor in a sea of yellow - would have been submerged.

Farndale came under threat after Hull Corporation bought the whole of upper Farndale in 1932 in the hope that it could build a reservoir to meet the water needs of the city 60 miles to the south.

The first scheme did not really get off the ground but Hull remained the landowner and the project was revived in 1965.

Despite ferocious local opposition – led by John Capron, of Gillamoor, and Mathew Clark, of Cropton – and a 10,000 signature petition to Parliament the scheme appeared unstoppable. It was actually voted through in the House of Commons but then, in May 1970, mysteriously scrapped by a Parliamentary Select Committee asked to examine the plans.

In his book A Prospect of the North York Moors, the pre-eminent regional historian Harry Mead wrote: “No explanation of these strange events has ever emerged.” Tonight’s talk by Bernie Eccleston will provide that explanation.

Please note that the proceeds from this talk will be split between the fund to rebuild the village hall at Church Houses and The Compassionate Friends, a registered national charity which helps bereaved parents and their families following the death of a child.