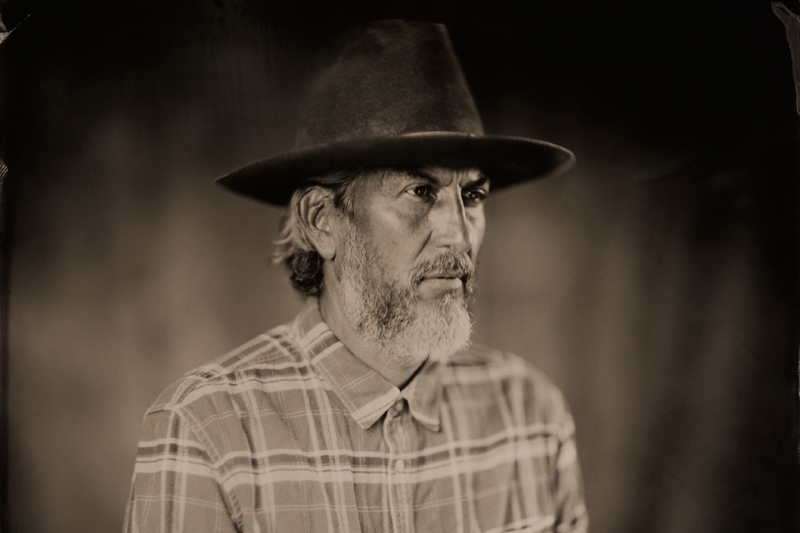 This was an unmissable opportunity to see the Godfather of alt.country play an exclusive solo show in the ultimate intimate venue.

A legendary cult figure now in serious danger of breaking through into the mainstream, Gelb has made a series of classic ground-breaking albums both solo and with Giant Sand and recorded with Calexico, Rainer, Lisa Germano, The Handsome Family, Neko Case, Lucinda Williams, Victoria Williams, Juliana Hatfield, and many more.

"Howe Gelb has been called one of the most resilient and consistently inventive American artists of the last two decades. Over the course of the last fifteen years Howe has served as front man for Giant Sand, been a member of OP8, become a label owner and perhaps most importantly become a family man. All the while amazing, entertaining, confounding and influencing fans and critics alike.

In 1998 he released Hisser, his second solo record (the first being '91's Dreaded Brown Recluse) which was a low-key and elegant affair haunted by the memory of Howe's longtime friend and collaborator Rainer Ptacek, who had passed away a year earlier. After Hisser's release and a handful of live shows Howe proceeded to pour himself into his first proper Giant Sand record in over five years. The resulting record, Chore of Enchantment (Thrill Jockey), turned out to be the bands finest record to date. As well, Howe got serious about his "artist run mess of a label" Ow Om. Besides preserving his ever-growing catalog, he released records by other artists and entered into a distribution agreement with Thrill Jockey. Add to this list becoming a father, again and it's easy to wonder where the guy finds the time. Then again, the wonder is part of the beauty that is Howe. "Recording is best used as a pretty good reason to hang with the family of friends globally scattered." –Howe Gelb Taking that credo to heart, Howe recorded Confluence in a variety of locations and with the enlisted help of many talented friends. A trip to Bristol, UK yielded yet another fruitful collaboration with John Parish (PJ Harvey), who also worked behind the scenes on Chore of Enchantment.

Back in the States, Howe recorded with Kevin Salem (Enchantment producer) at his studio in upstate New York. Back in Arizona, Howe recorded both at Craig Shumacher's Wavelab Studios and at home. A visit from the band Grandaddy (who Howe had championed V2 to sign long before they were critics' darlings) produced the spare and haunting rendition of Elvis' "Can't Help Falling in Love." In addition, highlights include other recordings captured as a result of "treasured happenstance." The women of Candy Prune dropping in for some harmonies and the inclusion of Howe's Giant Sandmates Joey Burns and John Convertino. While Confluence retains some of Hisser's heartrendingly intimate atmosphere, the overall result is something altogether more dynamic. Change in location often equals change in perspective, songs or recordings on Confluence came about in vans, studios, bathrooms and college radio stations throughout America and Europe. The songs that stuck are the ones that felt the most true. Confluence is a healthy balance of Giant Sand's improvisational exuberance filtered through the more recent thought out proficiency displayed on last years' Chore of Enchantment. It is clear that there is a method to his madness and the pursuit of song craft lay at the heart.

Free to explore his creative whims on Confluence, when and with whom as they strike, these songs tug at the hearts and expectations of both the listener and Howe. Proving that all in all, there are many rivers of thought here, such is the confluence." (This biography is courtesy of Thrill Jockey Records)