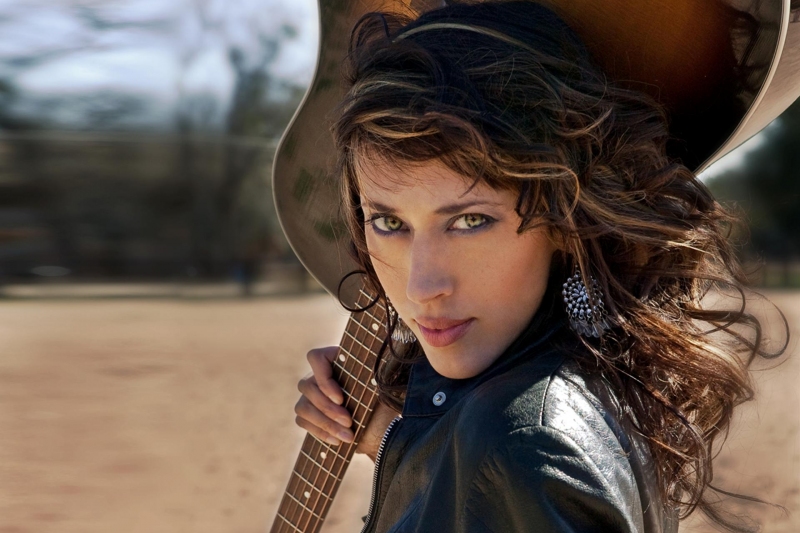 They don't come any more exotic - or talented - than Tex-Mex | Southern Rock sensation Patricia Vonne who's playing an exclusive northern show here tonight on a short UK tour promoting her incredible 4th album 'Worth It.' Imagine a dark gothic version of SKAKIRA or GLORIA ESTEFAN fronting DRIVE-BY TRUCKERS with a little help from GIANT SAND and CALEXICO - it's the only way to get close to understanding the amazing fusion of flamenco, country and blues rock produced by this Austin-based singer-songwriter and actress who played Dallas in brother Robert Rodriguez's 2005 film SIN CITY. We were among the select few who saw Vonne - who sings in English and Spanish - dazzle York Fibbers in 2005, a show described by one critic as the greatest live performance he'd seen since LED ZEPPELIN at the Royal Albert Hall in 1969. He meant it...Vonne has now created four classic Alt.country rock | Tex-Mex albums on the spin: Patricia Vonne (2001) Guitars & Castanets (2005) Firebird (2007) and Worth It (2011).

‘Worth It is her fourth album of rollicking Tex-Mex’ (Q)

“This is a delicious Tex-Mex fusion of alt. country, rock’n’roll and mariachi flavoured folk.” (Metro)

"Vonne produces a glorious mix of sassy Latino rhythms and classic roots rock... she's a talent to melt the coldest heart' **** (The Sun)