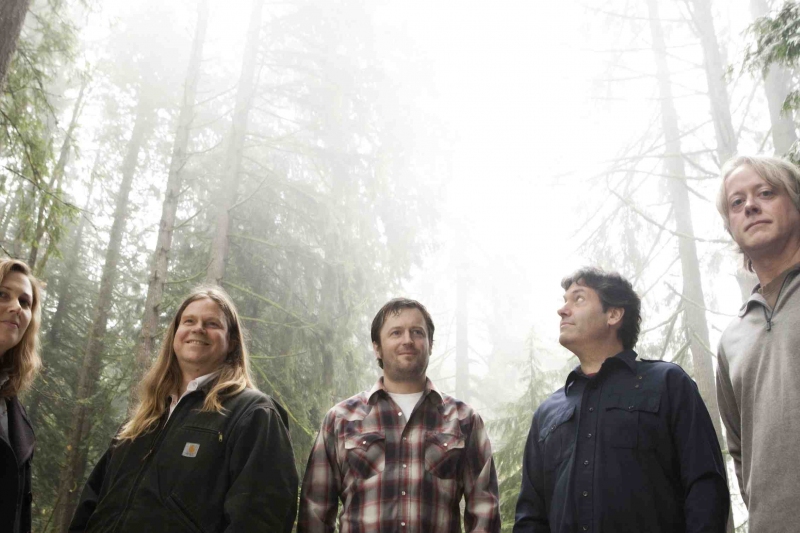 NEW KINGS OF AMERICANA from the Pacific Northwest, Richmond Fontaine - fronted by 'DYLAN of the dislocated' Willy Vlautin - have drawn comparisons with some of the biggest names in US rock and popular culture, among them GIANT SAND, CALEXICO, WILCO and RYAN ADAMS. Not to mention JOHN STEINBECK and RAYMOND CARVER...

Described by UNCUT (in which they've had 2 Albums of the Month) as 'the New Kings of Americana' Richmond Fontaine are scheduled to arrive here shortly after the release of their new album, We Used to Think the Freeway Sounded Like the River. Produced by JD Foster (CALEXICO, Richard Buckner, Laura Cantrell) the album reveals a broadening of the band's horizons (WILCO and THE NATIONAL have already been namechecked) while keeping faith with their trademark tight, ambient sonic landscapes.

Working with Foster at Jackpot studios in Portland the band took a year out writing and rehearsing the new material before they went in to the studio with a back-to-basics approach and no guests (GIANT SAND and Calexisco appeared on RF's last album, Thirteen Cities). The core line-up of Willy Vlautin (guitars, vocals), Sean Oldham (drums, vocals), Dave Harding (Bass) and Dan Eccles (guitars) remains.

Formed in 1994 in Portland, Oregon, Richmond Fontaine have evolved from an SST Records cowpunk-inspired band to a multi-dimensional studio and live act compared with RYAN ADAMS, THE REPLACEMENTS, THE BLASTERS and WILCO. Thirteen Cities witnessed the band's arrival as one of the most inventive exponents of top-end literate rock since BOB DYLAN, NEIL YOUNG, BRUCE SPRINGSTEEN and TOM WAITS.

Frontman Willy Vlautin is also making a name for himself as an award-winning author, having arrived on the international lecture/reading circuit with a bang following the spectacular success of his novels The Motel Life and Northline, published in the UK by Faber.

What the papers have said:

THE SUN: "Vlautin is one of the most compelling songwriters working today, compared equally to great American novelists like Raymond Carver or John Steinbeck and musicians such as Bruce Springsteen or Tom Waits."

THE OBSERVER: "Some of the most emotionally sincere music around - it aches beautifully with failure."

THE TIMES: "Willy Vlautin distinguishes himself more and more as a master storyteller with every passing release."

MOJO: "They match the depth of their songwriting with tough-sweet arrangements. This is the Heart of America calling out around the world" ****

MAIL ON SUNDAY: "When it comes to narrative in pop music, I know of no finer exponent now working than Willy Vlautin." ****

INDEPENDENT ON SUNDAY: "Vlautin is nothing less than the Dylan of the dislocated" ****

THE WORD: "For all those travelling Springsteen's Thunder Road, Richmond Fontaine are the new drivers."