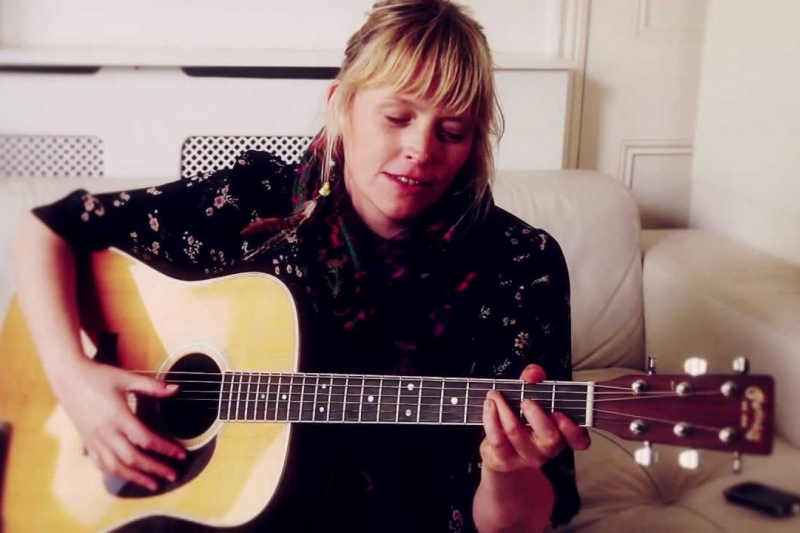 SADIE JEMMETT, who lived for a while a stone's throw away from The Band Room in Botton, now resides in London where - as recently reported in a euphoric review in THE INDEPENDENT - she is quickly establishing a big reputation in ACOUSTIC, FOLK, POP

Sadie Jemmett (pronounced: jeh MET) decided to become a singer-songwriter at the age of 12 after hearing JONI MITCHELL's 'Blue' album at her mum's friend's house. Born in Cambridgeshire she spent most of her childhood travelling around England with her bohemian mother, leaving school at 16 to become a backing vocalist in an Edinburgh-based reggae band, after which she moved to Berlin, joining indie folk band Easter Island as singer, songwriter and guitarist, playing regularly on the Berlin underground music circuit to metropolitan critical acclaim. After returning to England, she formed Soil, 'a band with a slightly grungier electric feel' who did well on the London circuit, getting plenty of radio play before the dreaded 'musical differences' got in the way.

Sadie then went to Paris and collaborated on music for 'Resonance' - featuring French film star Irene Jacob - which played at the Theatre d'Atelier and won a prestigious Moliere Award. She also wrote the music for the Bertold Brecht show 'The Good Woman Of Setchuan' - starring Roman Boringer - which played to packed houses at the National Theatre Chaillot in Paris.

Sadie's now based in London, writing, recording and performing as a solo artist, returning to a more intimate acoustic sound which she feels suits her best. She's been likened to 'a female DAVID GRAY' or 'JONI MITCHELL singing NEIL YOUNG...honest and heartfelt with an ease of communication from a very deep place."