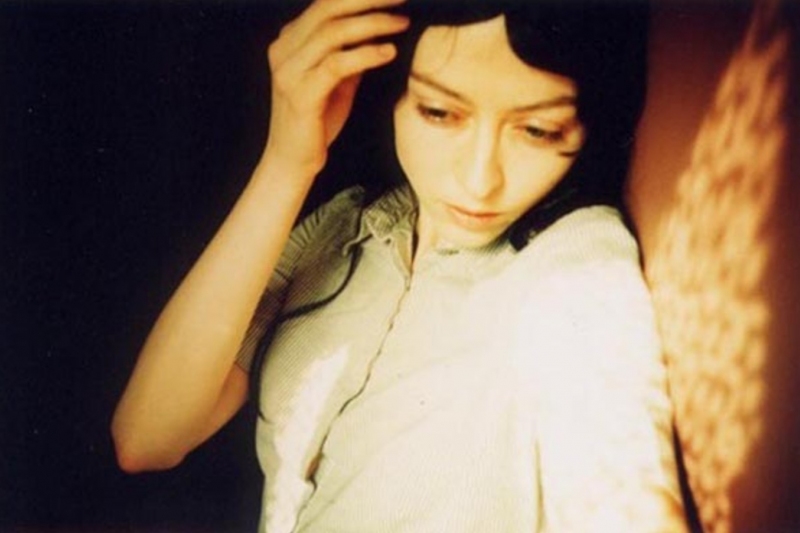 "I was born in Hawaii. I didn't wear no shoes. We moved to California. My grandma was a showgirl, a singer and a dancer on the stage. My auntie wrote pop songs in the 50's. My mother was a folk singer and an artist. My dad a sculptor. I grew up moving town constantly. I played in the dirt, was always the new kid. I left home and wandered around acting and photographing and writing. In Seattle I picked up the guitar, painted pictures and rolled down the stairs. I lived in London and made little movies and photographed bands. I moved to New York and learned to fingerpick and sing in my true voice. Followed my heart out west. Here I am.

Yakiimo, the latest album from Simone White, recorded in Nashville with Mark Nevers producing is released June 12th in UK and Europe on Honest Jons. Yakiimo is currently Number 5 in the German Rolling Stone's June issue critics charts. I Am The Man is Simone White's debut album for Honest Jon’s. Recorded in Nashville with Mark Nevers (Lambchop/Calexico/Will Oldham/Silver Jews), it’s thirteen heart-stopping tracks of soulful folk loveliness. A favourite with critics from MOJO to the Daily Mail, I Am The Man has taken White from the Lincoln Center in New York to WOMAD UK and the Green Man Festival in Wales, seen her top the radio play charts in the Netherlands and soundtrack a world-wide, award-winning campaign for Audi."

"For those bewitched by the posthumous small-hours voice of Karen Dalton, here is a living echo of that still, small, intensely concentrated spirit...an intimate prettiness concealing within the rosebud the thorns of subtly articulated political protest and the warped, eerie gaze on human weakness that has been The Velvet Underground's legacy to the modern folk idiom. I Am The Man is a summer soundtrack of charm and beguiling depths."  -- **** MOJO--

"The songs drift dreamily between bittersweet romance, whimsy and the political while White's breathy, restful tones and Mark Nevers's muted production give everything a balmy unified feel of the rarest kind."  -- **** Q Magazine--

"The Beep Beep Song" is brilliant whimsy...White sings something like Astrud Gilberto... The languor conceals a sharp, politicized observer of the American wasteland, and White's songs counter The Man's depredations with becalmed cool." --No Depression--

"Coming out of seemingly nowhere, is Simone White, with a chameleon of a voice that changes shades and colors so naturally as to send you scratching the back of your mind trying to figure out where to place it." --LUNAPARK6--

"Simone White's debut album is a delightful treat. The moment that "America In '54" comes on your stereo, you'll think that Joni Mitchell has been re-incarnated...Sincere is the perfect word for this consistent first release. Appropriate for any season, this will appeal to fans of classic singer/songwriters, and also modern female artists such as Cat Power."  --liepaper.com--