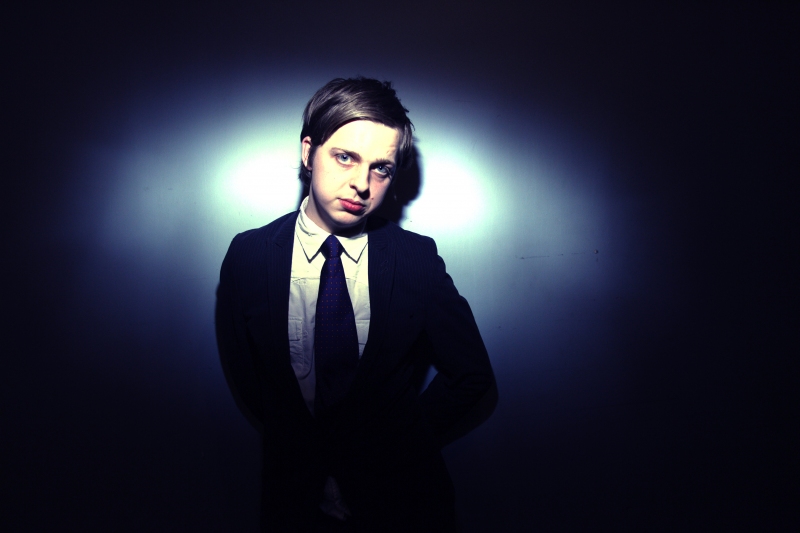 After playing a phenomenal solo show here in 2007 our favourite Scandinavian genius returns with his full band, a new album - The Singer - and one of the stand-out tracks on Songs for Tibet, a new compilation on 'the Art of Peace' which Teitur graces alongside global luminaries such as STING, JOAN ARMATRADING, DAMIEN RICE, JACKSON BROWNE, IMOGEN HEAP, SUZANNE VEGA, REGINA SPEKTOR, ALANIS MORISSETTE, and many more...

Big Mark (the tall, impossibly debonaire guy on the door at the Band Room) and I went to see Teitur open for TINA DICO in Newcastle in 2006 and were totally blown away by this extraordinary phenomenon from the Faroe Islands.

There are similarities to BRIGHT EYES, JEFF BUCKLEY and PAUL SIMON in Teitur's voice and vision - and to GEORGE HARRISON, SUZANNE VEGA, SHAWN COLVIN, TRACY CHAPMAN and BETH ORTON in the quality of his songwriting and guitar-playing. Which we imagine must be why he has already toured with the likes of AIMEE MANN, RUFUS WAINWRIGHT and JOHN MAYER. Teitur is in a different class. But don't take our word for it - we could be biased....

Teitur's early interest in rock, from REM to SUZANNE VEGA and in the ensemble improvisations of MILES DAVIS and JOHN COLTRANE all influenced his playing and songwriting. His feel for playing and arranging also suggests such masters of the acoustic as JOAN ARMATRADING and GEORGE HARRISON. "The tone of the acoustic, you can't get it from an electric, or in a digital signal, where there's no 'touch', he says. "The warmth, and the air around the instrument, is important. You can get away with just making sounds on the guitar, but I wanted to make it more three-dimensional, accompany myself better. Until I had that, the best way of expressing myself on the guitar, with my own voice, I wouldn't have wanted to make an album."

Teitur Lassen is a singer/songwriter from the Faroe Islands. Teitur (pronounced "tie-tor") originally left the Faroe Islands for Copenhagen when he was 17 after fronting a pop/rock band. He set upon writing music full-time and eventually caught the attention of former BMI executive Christian Ulf-Hansen, who became his manager.

Universal released his first album, Poetry Aeroplanes, in 2003, while Teitur found himself opening for SUZANNE VEGA, AIMEE MANN, RUFUS WAINWRIGHT and JOHN MAHER as well as playing over 300 shows through the following year.

His second album, Stay Under the Stars, was released in May 2006 in Scandinavia on Playground Music and produced by Martin Terefe (a-ha, RON SEXSMITH).